Turbo 1-50, T1 or 1st series produced from Sept’1986 till June‘1987. Countries where was sold are unknown, by collectioners exchanges we know that it was East Europe, also exists ads posters in polish language and big part of wrappers was found in Bulgaria, and in smaller count in Romania, Hungary, Lithuania, Lietuva, Slovakien, Russia, Turkey.


All text is written in black colors near sign Turbo and numbers - letter in a circle, by turkish alphabet (O,U with double points upper). Number is under sign Turbo, and in total 50 numbers (all the next series have 70 numbers).

Characteristics of autos only in this series are in 2 languages. All cars are real, no prototypes, bigger part of cars on real background and without photo refinement. 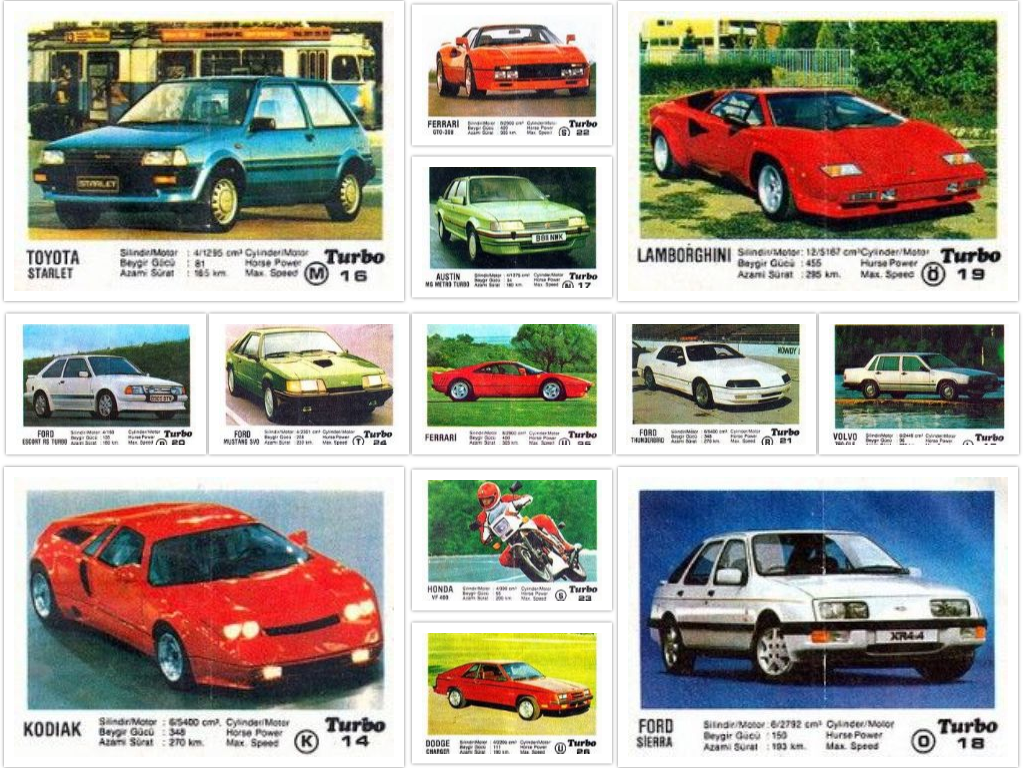 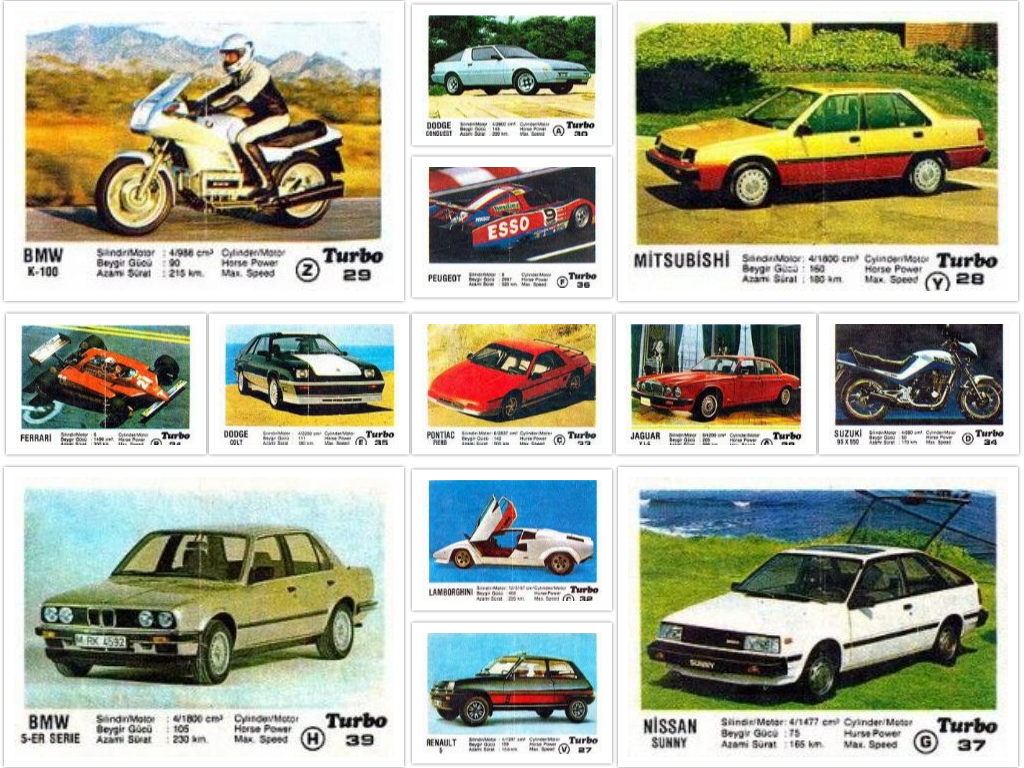 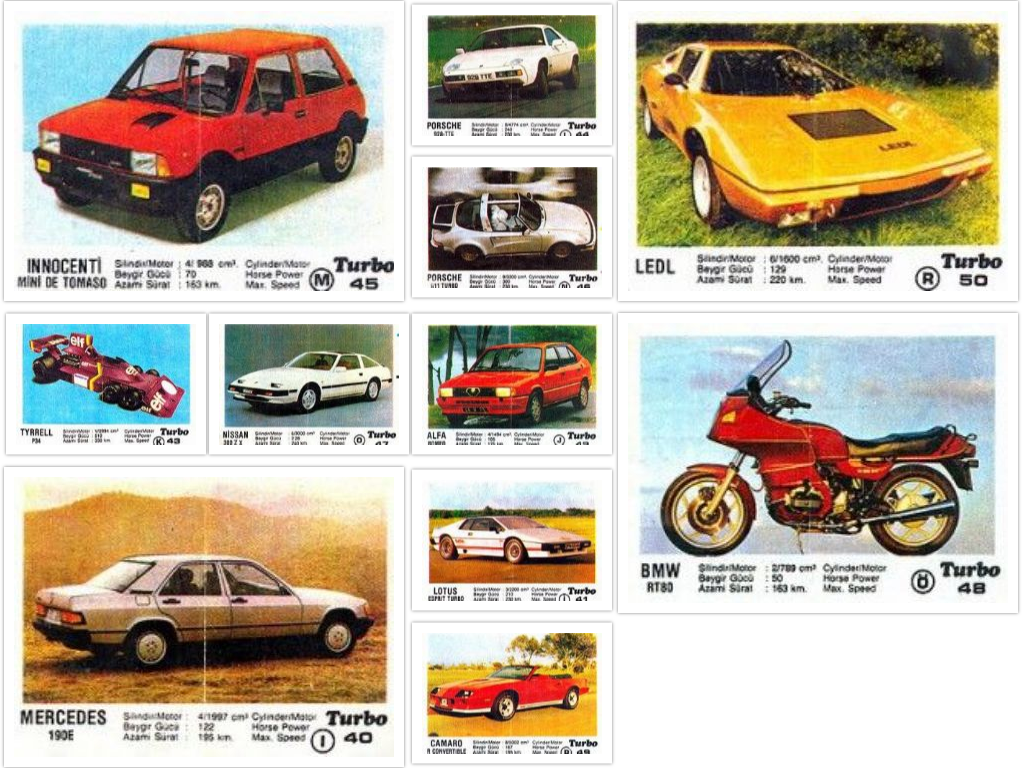