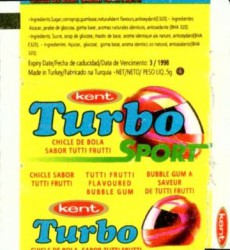 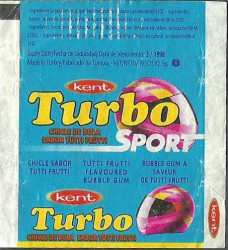 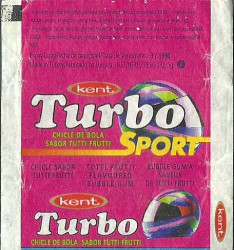 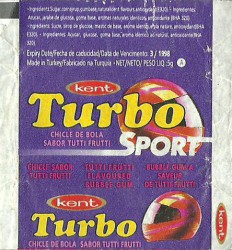 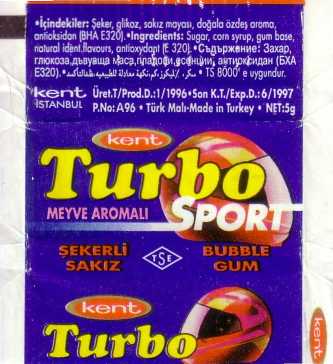 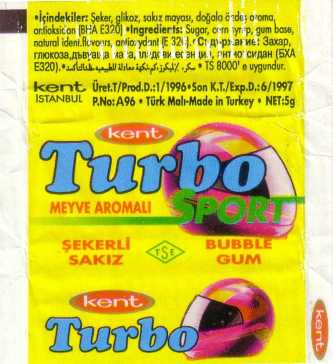 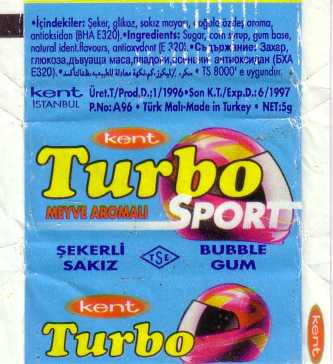 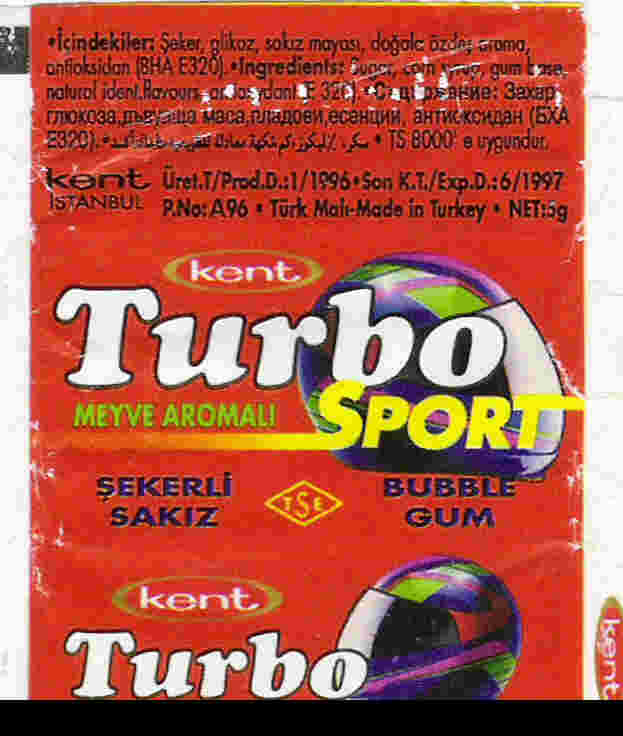 Produced from 1995 to 1996, in many countries and was sold widely. Turbo Sport 1-70 Violet completely repeats Turbo Sport 1-70 except for a few differences: the numbers are not blue, but black, the letter S at the usual blurred at the end, and the violet is clear, in the characteristics of the purple series there are no characteristics names, only the values. The purple series was produced only in 1998 and had a taste of Tutti-frutti (against the mint in the blue series). The model and the car brand are blue (or purple) like the frame and the characteristics, the number is blue (black). The inscription Turbo is red, the word Sport is blue (or purple). In this series, most racing cars, quite a lot of prototypes. Photos with a natural background is not so many. Characteristics of cars on all liners, in three lines, except prototypes. Blue series is considered one of the most common. Violet - one of the rare (link to prices).